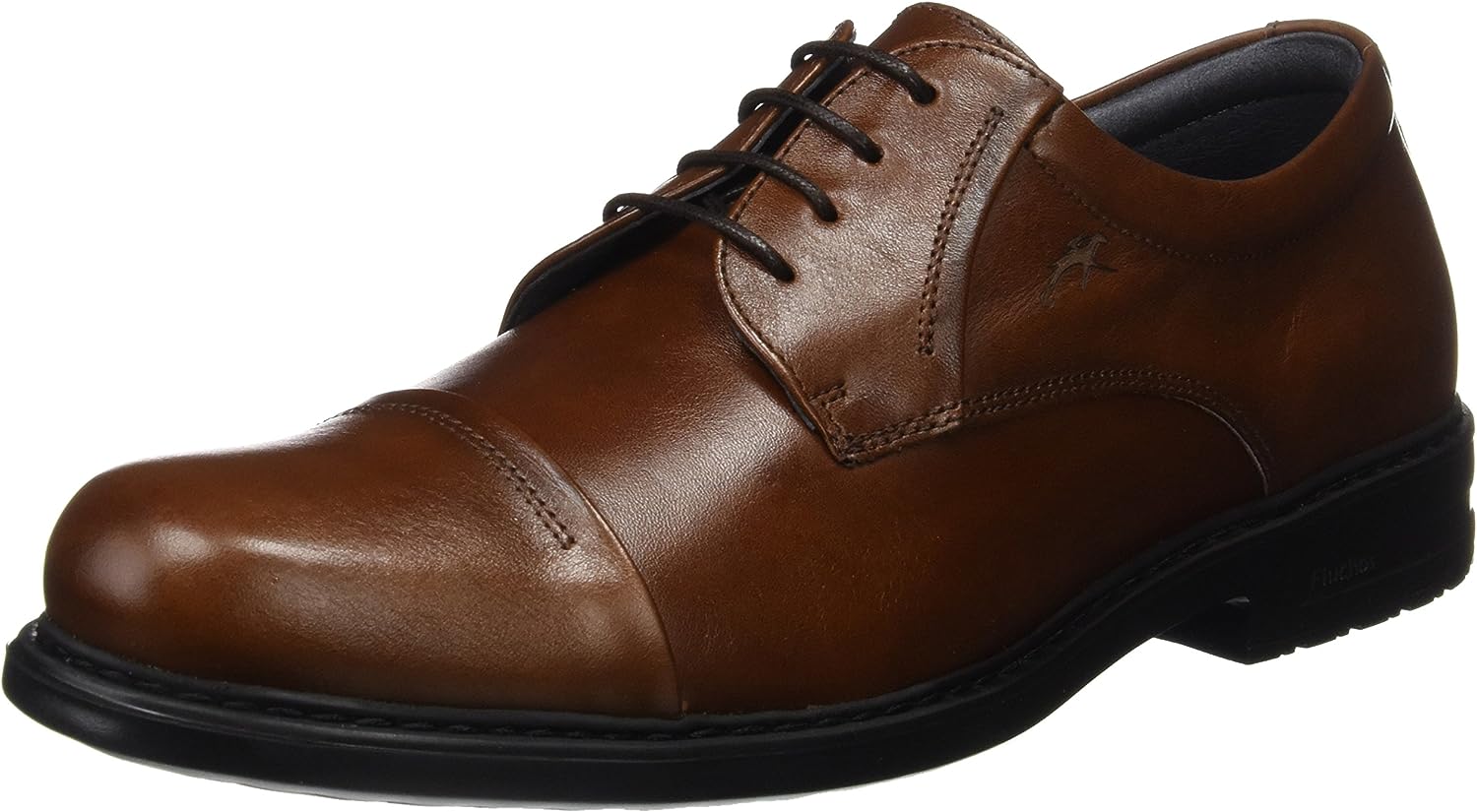 Classic dress shoe with straight stitching on vamp and lace closure made of premium quality leather and mounted directly on XL Extralight lightweight floor. Removable insole and technical lining On Steam micro-fiber breathable, absorbent and hypoallergenic. Made in Spain.