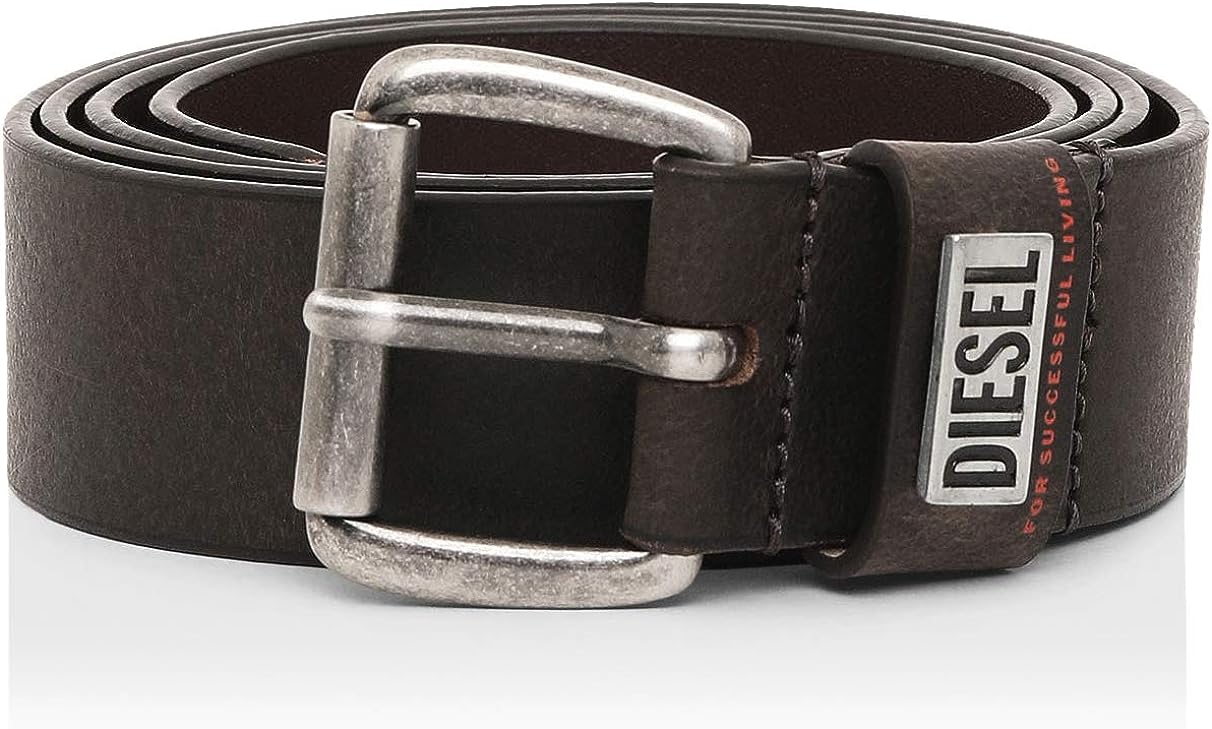 Crafted from smooth leather, this belt is accentuated by its vintage look buckle and belt loop with metal Diesel logo detail.