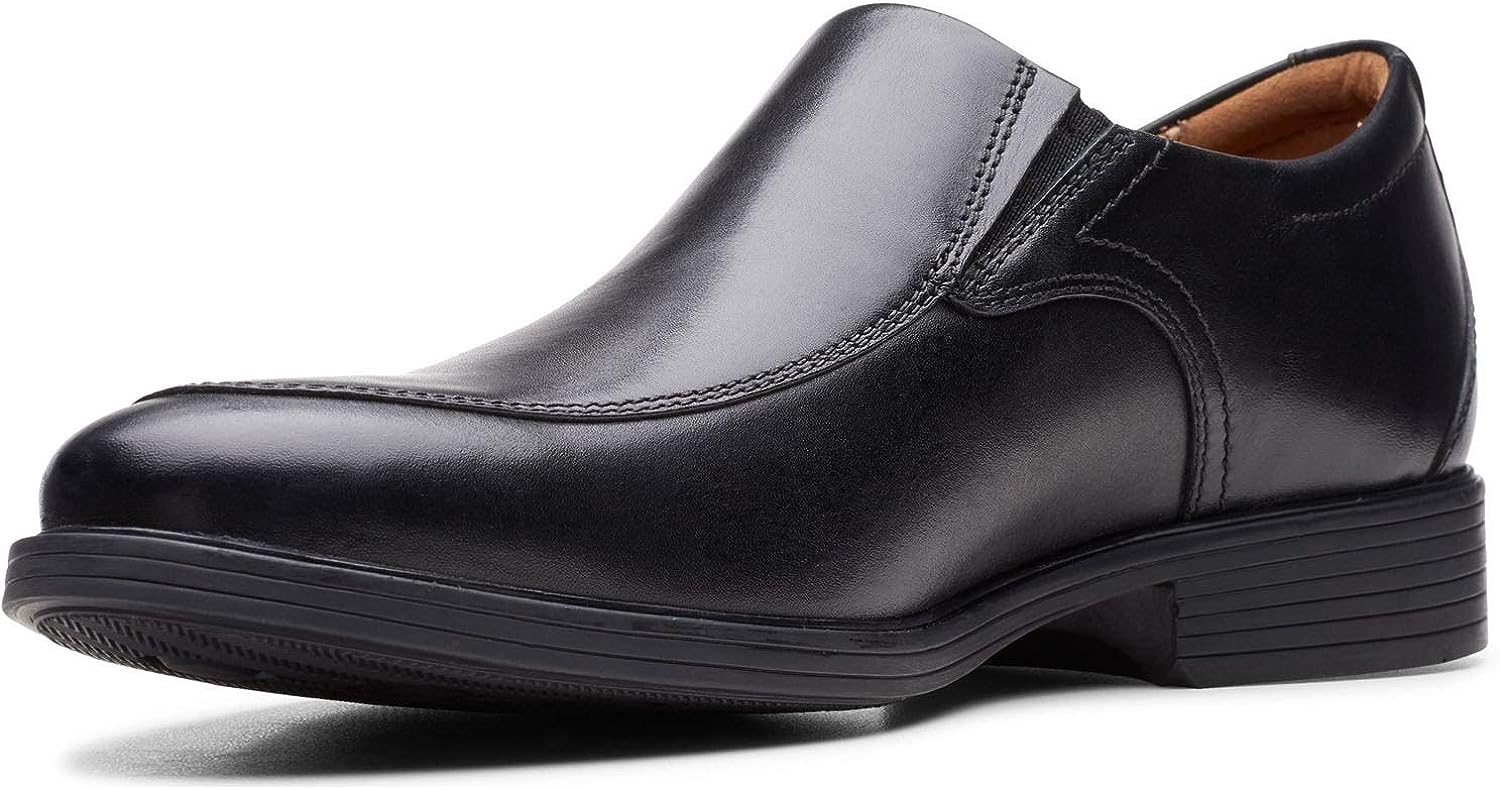 This full grain leather style matches a professional appearance to an easy, slip-on fit. A pair of flexible elastic gores eliminate the need for laces, and a burnished apron toe solidifies its dress appeal. As an Ultimate Comfort style, it features a moisture-wicking Ortholite® footbed that reduces shock.